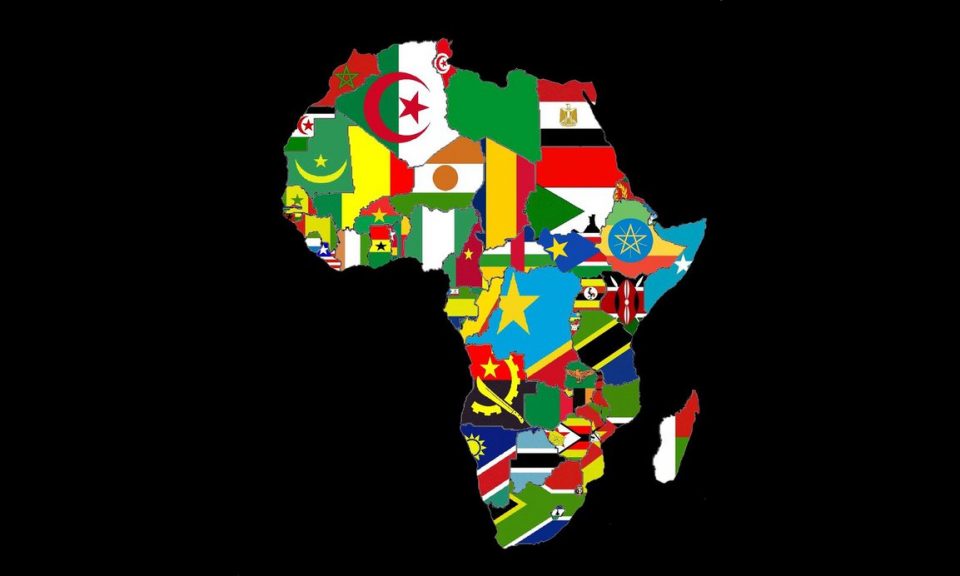 The scramble for Africa by European powers which eventually led to the era of colonisation has now been replaced by a new economic struggle among major world powers for its economic resources.

Given the economic trend in Africa discussed in the previous article, other factors may as well contribute to how the AfCFTA will operate—for better or for worse.

Apart from competitiveness and level of sophistication of an African economy as the primary factor, secondary influences may include shared languages and the unseen hand of foreign influences.

The AfCFTA and Shared Languages

The effect of shared languages is significant because countries who speak the same language share a lot in common especially for the languages that were colonially inherited.

Africa has historically been seen as a prize. Hence, the intensity of rivalry among dominant world powers and a relationship that has hardly ever been beneficial to Africa.

Their relationships have historically been stronger than those of other countries of different colonial language.

An example is the French-speaking African States (Francophone) who maintain a strong bond among themselves and the former colonial power France; 14 of these countries currently use the same national currency, the French CFA Franc. In West Africa, the effect of this strong tie to France by Francophone West African countries has played a key role in hampering efforts at regional integration.

There is a possibility that trade flows will somehow mirror these language fault-lines as it has traditionally been.

The AfCFTA and Foreign Influence

Another factor that would have a significant influence on how the AfCFTA eventually unfolds and whether it would succeed in the long run is that of unseen foreign influences.

Chinese influence may shape the outcomes of the AfCFTA in ways that are not yet clear.

Africa has historically been seen as a prize. Hence, the intensity of rivalry among dominant world powers and a relationship that has hardly ever been beneficial to Africa.

The scramble for Africa by European powers which eventually led to the era of colonisation has now been replaced by a new economic struggle among major world powers for its economic resources. Relationships between African States and these foreign interests often impact on sub-regional economic integration efforts. A case in point is that of the Economic Community of West African States (ECOWAS) which is indirectly being hampered by relationships that still exists between Francophone West African countries and their former colonial master France, in what has been dubbed “Françafrique”.

In this regard, China is a strong contender, with its massive investments in infrastructure across the continent especially in East Africa, coupled with its insatiable appetite for Africa’s natural resources.

Chinese influence may shape the outcomes of the AfCFTA in ways that are not yet clear.

The Overall Outlook of the AfCFTA

Of the three factors identified and examined so far, the one that may likely have the most significant influence on a country’s ability to take advantage of the AfCFTA would be the comparative advantage as captured by the WEF’s GCI rankings. This determines its current state of preparedness and ability to harness its human and natural resources in the most productive and efficient manner.

Naturally, there would be a lot of interest in how Nigeria which is Africa’s largest economy would perform in the era of the AfCFTA.

The AfCFTA would serve as a bonus for such nation States to project their influence across the continent and take advantage of larger market opportunities to grow their own economy and ensure the wellbeing of their citizenry. It will also be a driver for foreign direct investments (FDIs) inflows into better positioned African economies by foreign investors who would seek to capitalise on the free movements of goods and capital to spread their market entry opportunity across the African continent.

Mauritius, Rwanda, South Africa, Botswana, Namibia, Algeria, Tunisia, Morocco, Kenya, Cot d’Ivoire, and to some extent Egypt, are the countries in the best position comparatively to take advantage of and benefit immensely from opportunities offered by the AfCFTA. These countries are in the best position to attract more FDI inflows into their local economies, and they would be used as a base for projecting foreign business interests across the African continent.

While Ethiopia may not be in the top 10 list in terms of competitiveness ranking, the country has been achieving remarkable strides which will definitely position it as a force to contend with across the continent.

Among the English speaking (Anglophone) countries and overall, South Africa stands the best chance in terms of its population, natural resource endowments, overall sophistication of economy, especially its manufacturing sector and its overall geopolitical position on the continent. With these combinations, it is set to far outperform the other countries which it has shared the top 5 spots on the GCI.

For Francophone countries, Morocco is best positioned in terms of overall sophistication of its economy. It has been trying intensely over the years to increase its geopolitical influence on the continent, and it would surely ramp up its efforts at achieving prominence especially with the opportunities offered by the AfCFTA.

The AfCFTA and Nigeria

Naturally, there would be a lot of interest in how Nigeria which is Africa’s largest economy would perform in the era of the AfCFTA.

Unfortunately, Nigeria was one of the few countries that abstained from signing the AfCFTA on 21st March 2018 in Kigali. Nevertheless, it is expected that the country would eventually sign and ratify it. However, using the factors considered above, it can be predicted that in the short to medium term, Nigeria would face significant competitive pressures from better positioned African economies in the quest for dominance on the continent.

The AfCFTA might rob Nigeria of its ‘bride’ status which is a key factor that has continued to endear it to foreign investors in spite of its many internal challenges such as infrastructural deficits, tough business environment, and insecurity.

Perhaps this explains the hesitance of the Nigerian government to be part of the initiative.

This article first appeared on www.siro360.com