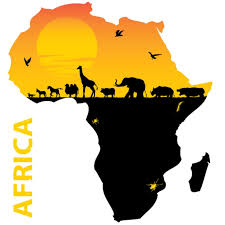 Taking into account the differences that exist among African economies that would eventually participate in the AfCFTA, it is pertinent to examine which African countries are most likely to be able to leverage their local economies in reaping the promised benefits of the AfCFTA.

On March 21 2018, 44 African heads of state and government officials came together in Kigali, the capital city of Rwanda to put their signature to an agreement that will set in motion the African Continental Free Trade Area (AfCFTA).

This was an initiative of the African Union (AU).

The mechanism for operationalising it requires that it will come into effect after ratification by at least 22 countries, and each country has 120 days after signing the agreement to ratify it.

When it comes fully into operation, it will be the largest single market on the African continent, and the vision is to ensure that it eventually replaces the regional economic blocks across the continent.

According to estimates by the United Nations Economic Commission for Africa (UNECA), the implementation of the AfCFTA could lead to an increase in intra-African trade volumes of up to 52 per cent by 2022, compared to the trade volumes recorded in 2010.

So, what is the AfCFTA about and what brought about its emergence?

It is only natural to approach the AfCFTA with tempered optimism.

A Quick Look at the AfCFTA

The AfCFTA is made up of two components—a single market for goods and services across the continent, and a customs union that guarantees free movement of capital and persons, especially business travellers.

It was borne out of an agreement by the AU in January 2012. And it is hoped that the AfCFTA will speed up the process of continental integration and address issues related to the overlapping membership of Regional Economic Communities (RECs) by member States.

The AfCFTA was birthed by eight rounds of negotiations that started in 2015 and ended in December 2017.

Considering the history of RECs in Africa and the challenges that have often hindered them from achieving their full potentials, it is only natural to approach the AfCFTA with tempered optimism because many of the challenges that plagued the RECs would naturally be transferred in one form or another to the Continent-wide free trade agreement.

Which African countries are most likely to leverage their local economies in reaping the promised benefits of the AfCFTA?

Potential Challenges of the AfCFTA

Some of these challenges include the occurrence of re-export trade.

One example can be seen in the West African REC. It is a quasi-official smuggling operation in which a member State of the REC imports products in quantities that exceed its domestic requirements and then takes advantage of policy disparities to export them to another Member State within the same REC.

Yet another example can be taken from the Southern African Development Community (SADC) where the heterogeneity of the economies of SADC member States is viewed as a challenge to regional integration because economies at different stages of development cannot be easily integrated, considering that stronger economies, like South Africa, end up dictating the terms of reference and operation to poorer and weaker members of the REC.

Nevertheless, taking into account the differences that exist among African economies that would eventually participate in the AfCFTA, it is pertinent to examine which African countries are most likely to be able to leverage their comparative advantages and competitiveness of their local economies in reaping the promised benefits of the AfCFTA.

The worst performing economies are largely concentrated in West, Central and Southern Africa.

The AfCFTA and the Global Competitiveness Report

Hence, it is imperative to look at how African economies are performing in terms of maturity over a 3-year period (2015 to 2018) to see which of them are matured and sophisticated enough to reap the benefits of a single market across the Africa continent.

The data used in this analysis is sourced from the World Economic Forum’s Global Competitiveness Report from 2015 to 2018.

The report looks at and analyses factors, institutions, and policies that determine a country’s level of productivity. This, in turn, is dependent on how a country can productively use available resources. The Index upon which the report is based integrates the macroeconomic and the micro/business aspects of competitiveness into a single index.

The table below shows the top ten African economies over a three year period.

The table shows that countries in South, East, and Northern Africa dominate the rankings, with the exception of Rwanda in central Africa that has remarkably remained consistently within the top 3. Another noticeable pattern is the absence of countries in West and Central Africa, only Cote d’Ivoire managed to feature but fell out of the top 10 in 2018.

Now let’s contrast it to the bottom ten African economies over a three year period in the table below:

The second table shows the ten worst performing African economies in descending order, the geographical spread of worst performing countries is concentrated in sub-Saharan Africa, and there is a noticeable absence of countries in the North Africa region.

The worst performing economies are largely concentrated in West, Central and Southern Africa.

It is interesting to note that Nigeria which is Africa’s largest economy and a major oil exporting country in the world happens to be among the worst performing economies in the last two years of compiling the report.

Given this economic trend, what other factors may contribute to how the AfCFTA will unfold?

This article first appeared on www.siro360.com

Falconets crash out of FIFA U20 Women’s World Cup