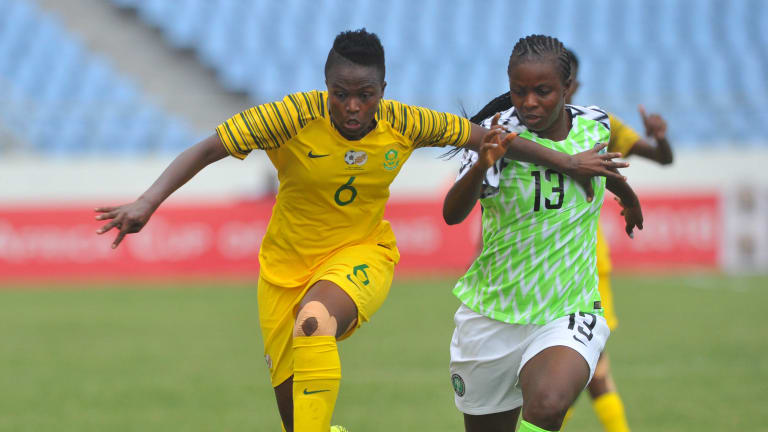 Super Falcons of Nigeria and Banyana Banyana of South Africa will slug it out in the final of the African Women’s Cup of Nations 2018.

In their respective semi-final matches, Nigeria defeated Cameroon 4 – 2 on penalties after playing a goalless draw in regulation time.  South Africa showed their superiority against Mali by defeating them 2 – 0.

Their respective wins have ensured them a place the FIFA Women’s World Cup 2019 to be hosted by France.

This will be their second meeting at the AWCON 2018 tournament. In their first group game, South Africa defeated Nigeria 1 – 0 following a thunder strike by Thembi Kgatlana.

US Embassy in the DRC closed because of security threat

Good news. Both teams will give Africa a good representation at the World Cup.

The Cameroonians will feel very unlucky. I heard that some fans attacked their star striker’s house. They should still make it to the world cup as the third team.