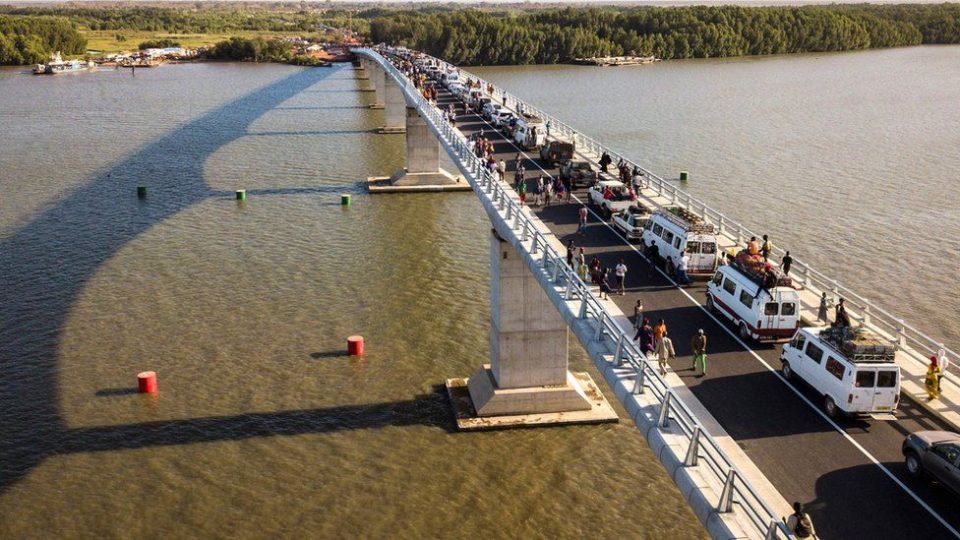 A new bridge connecting The Gambia and Senegal has been opened recently to provide ease of travel and facilitate trade between the two West African nations.

The bridge, a 1.9km (1.2 miles) long, located near Farafenni allows people from the North of Senegal reach the Southern and keenly contested province of Senegal, Casamance without travel fatigue.

Prior to the launch of the bridge, commuters had no option but to use an unreliable ferry crossing that takes days or even weeks. Traders with perishable goods were consistently at a loss.

The bridge which took seven years to build was launched on Monday by President Adama Barrow of The Gambia and President Macky Sall of Senegal. Senegalese musician, Youssou Ndour performed to the admiration of the crowd.