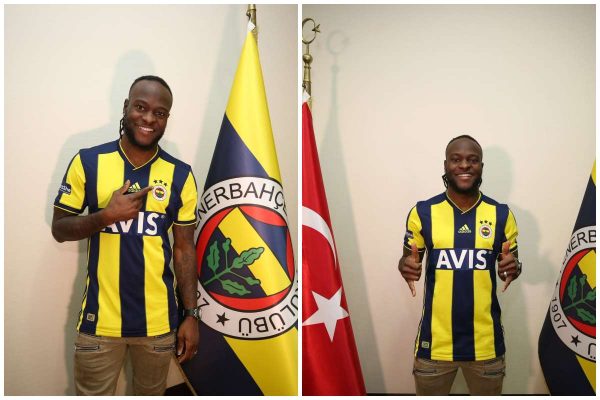 Nigerian International and Chelsea winger, Victor Moses has sealed a move to Fenerbahce of Turkey in an 18-month loan deal. He will remain with the Turkish side till the end of the 2019/2020 soccer season.

Moses got out of favour with Chelsea’s manager, Maurizio Sarri and has only played cumulatively for 26 minutes in the Premier League this season making just six appearances overall.

The former England U-19 international arrived Chelsea from Wigan in 2012 for £9 million and scored 18 goals in 128 appearances. Prior to his Turkish move, he has had loan spells at Liverpool, Stoke City and West Ham.

Gianfranco Zola, Chelsea’s assistant manager was emotional about his Turkish move and said, “it’s a pity because he’s a wonderful professional and it’s a pity he couldn’t find the opportunities to show his value.”

Fenerbahce currently lie one point above the relegation zone after winning just three matches this season. Victor Moses will be making his debut next week against Yeni Malatyaspor, and hopefully, the 19 times Turkish League winners will secure a fourth season win.